Here are the details of the ZL7G team. 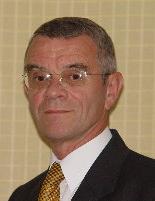 Don has been a team member on some of the largest expeditions, including 9M0C, D68C, 3B9C, 3B7C, 9M4SLL and most recently TX6G and E6GG. Together these expeditions account for some 700,000 QSOs. Don operates CW, SSB and data.

When not on DXpeditions, Don is President of IARU Region 1, a Life Vice-President of the RSGB and operates in contests using his contest call G5W.  He chases DX from time to time, mainly on LF, and has all current DXCC entities worked and confirmed. 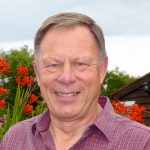 This will be my fifth mega-DXpedition, having been on 3B7C and T32C with the Five Star DXers and TX6G and E6GG with the 6G’s. I will be handling the inventory and logistics again and aiming to ensure we take everything we need and nothing that we don’t.

I’ll operate CW, Data and SSB in that order of preference and will take weird pleasure from pulling weak signals out of the static on the low bands (I expect to be able to make callsigns out of any random non-radio noise by the end of two weeks).

Member and past Board member of RSGB, Chairman of CDXC, member of ARRL, FISTS, Windmill CG and 3 A’s CG. 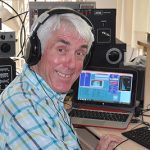 Nigel G3TXF is looking forward to joining the Six-Gs ZL7G DX-pedition to Chatham. It has all the makings of a really fun DX-pedition again. Hopefully G3TXF will be logging plenty of QSOs on CW. However G3TXF will doubtless, as usual, be resisting requests to operate on SSB! But the odd session squinting at the screen on RTTY might be possible. Chatham is a great place for radio. Way out in the ocean, surrounded by sea. Rare, but not super rare. And a Commonwealth member too. Hopefully ZL7G QSOs will provide some valuable points for the RSGB’s prestigious and challenging Commonwealth Award. 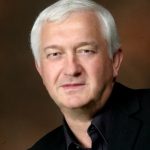 First licensed in August 1967 while still at school, I was encouraged by my late father, G2FNA.  For the first few years, activity was mainly 160m CW. Like many amateurs, a career, family and time abroad (W1/G3WPH 1988 to 1993) resulted in low activity until the late 1990s when I developed a liking for  chasing DX. Currently I hold DXCC on ten bands and am just a few short of the DXCC Honor Roll, the activities from rare DXCCs at the end of 2015/beginning of 2016 should get me there. I have over 2500 band slots confirmed for the DXCC Challenge.

I was a member of the 2011 T32C expedition to Christmas Island and the 6G’s E6GG expedition and my club memberships include RSGB, ARRL, FOC and CDXC  I hold the special contest call sign G3P.

Don was licensed in 1968 and is keen on all aspects of amateur radio, but particularly contesting and DXing. Don has operated from 37 DXCC entities including having been a member of all the FSDXA DXpeditions, most recently T32C. From home he has operated all bands 160 through 70cm, SSB, CW and digital modes. He has all current DXCC entities worked and confirmed. 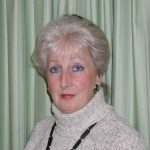 Hilary was a team member of the 3B9C and TX6G expeditions.  Although she is not a main operator of the ZL7G expedition, Hilary is an active member of the team and operates both SSB and CW. She is a past President of the RSGB, a Life Vice-President of the Society and in the past has been a member of the RSGB Contests Committee, Training and Education Committee, Management Committee, and an RSGB Board member for nine years. She has also been a RadCom columnist and co-authored the Radio Amateur’s Examination Manual. When time permits she chases DX from home. 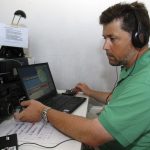 First licensed in 1983, Primary interests is HF and VHF contesting and DXpeditions.  Justin specialises in CW and takes part in various contests both single and multi-op. Past member of the RSGB Contests Committee including 6 years as chairman. Has operated from a number of DXCC entities including as a team member on several DXpeditions (D68C, 3B9C, 3B7C, T32C, TX6G, E6GG). Other callsigns held: G4A, ZD8Q for a 2006 trip to Ascension Island.